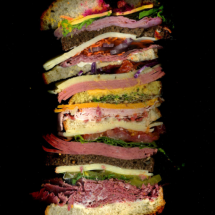 This play is both fiction and fact. It is a drama of mental and physical traumas in the warm but widely different cultures of Asia and Europe, where secrets and beliefs have almost no limit. Need to reframe negative trauma events into positive outcomes.

The play has three acts with continuous interaction of five key players and other actors in the waiting lounge of Athens Airport in 2009, with many action scenes for events in each act.

Act 2 – The Painter in Europe

The concept is inspired by three books which the audience will be motivated to read:

The Bookseller of Kabul – Asne Seirstad;

It may induce some stress and the viewer may find the “Healthy minds and bodies” Section helpful.

A 1 hour play, with text and video of a production Off West End in London.

Please, login to leave a review

This a short learning program to learn TAMIL, a language spoken in Sri Lanka, and Southern India. While other languages may be used in those areas,...
17 Lectures
Preview this course
Add to Wishlist
Free

YHT // YOUNG AND HAPPY TOO!

YHT // YOUNG AND HAPPY TOO!

In this tough world … we CAN help OURSELVES to be happy …. This little program has words and audio to help us relax … and find … some cool a...
27 Lectures
Preview this course
Add to Wishlist
Free

"Portuguese (português or, in full, língua portuguesa) is a Western Romance language originating in the Iberian Peninsula of Europe. It is the sole...
Beginner
16 Lectures
6 hours
Preview this course
Add to Wishlist
Free
Add to Wishlist
Enroll course
Lectures: 6
Search
English
English Français